“There is no doubting Justin’s position at the pinnacle of world golf. These last two weeks have seen him surge into contention on the Race to Dubai rankings, a sign of a true Champion, being able to summon his very best form when it counts most. We are thrilled for Justin and we will keep the Hublot celebrations rolling on!”

Rose’s performance bore the hallmarks of one of the world’s best players at the peak of their game; remaining patient for the opportunity to present itself and striking with accuracy whilst under the weight of great expectation and significant pressure. A birdie on the 72nd  hole was the defining factor, separating the Englishman from his peers by the narrowest of margins. With this win, Rose has surged into second place in the season long Race to Dubai rankings and sixth on the Official Golf World Rankings.

“It was another week where everything clicked. I have been working hard and feel I had made progress with my swing and my timing. When I am comfortable it is about being patient and waiting for the moment to present itself. Thankfully when it came down to it, I was able to control my emotions and stay focussed to the very end.”

Hublot has had reason to celebrate of late, not only revelling in the performance of one of its headline ambassadors, but with the launch of its latest timepiece; the Big Bang Unico Golf. Inspired by the great game, the newest edition has been crafted with the golfer in mind. The sleek design and Hublot’s renowned craftsmanship have produced a distinct timepiece that has already caught the attention of the golfing public and fellow Hublot Ambassadors, World #1 Dustin Johnson and Patrick Reed.

Rose has set up a scintillating climax to the season where he will attempt to claim his first Race to Dubai title at the DP World TOUR Championship November 16-19.

About the Big Bang Unico Golf

The case of the Big Bang Unico Golf is carved from Texalium®, an innovative material exclusive to Hublot, that is an amalgamation of carbon fiber and aluminum. This unique composite gives the watch its lightness; it weights precisely 97.93 grams!

The Big Bang Unico Golf has the look of a chronograph and has been conceived as a chronograph. Its movement features return-to-zero heart piece cams that ensure the counting mechanism is robust and reliable. The putter-shaped pusher at 2 o’clock activates the mechanism for displaying the number of strokes taken and counts the strokes per hole. The pusher at 4 o’clock allows the wearer to move on to the next hole by resetting the stroke counter to zero. The counter at 6 o’clock displays the total number of strokes played and is simultaneously updated. The pusher at 8 o’clock is shaped like a tee. This resets the mechanism and sets the counters to zero at the end of the round. During the round, this button can be locked by rotating it by 45°, thus ensuring that it is not inadvertently activated. The MHUB1580 full-skeleton movement allows the wearer to admire and understand how the timepiece works. The watch comes with two interchangeable wristbands fitted with the One Click system. One is made of white leather sewn on rubber and designed like a golf glove, while the other is made of technical fabric with a Velcro fastener to ensure the watch sits perfectly on the wrist. 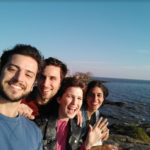 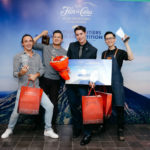 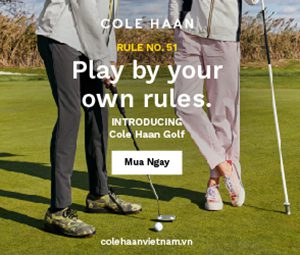