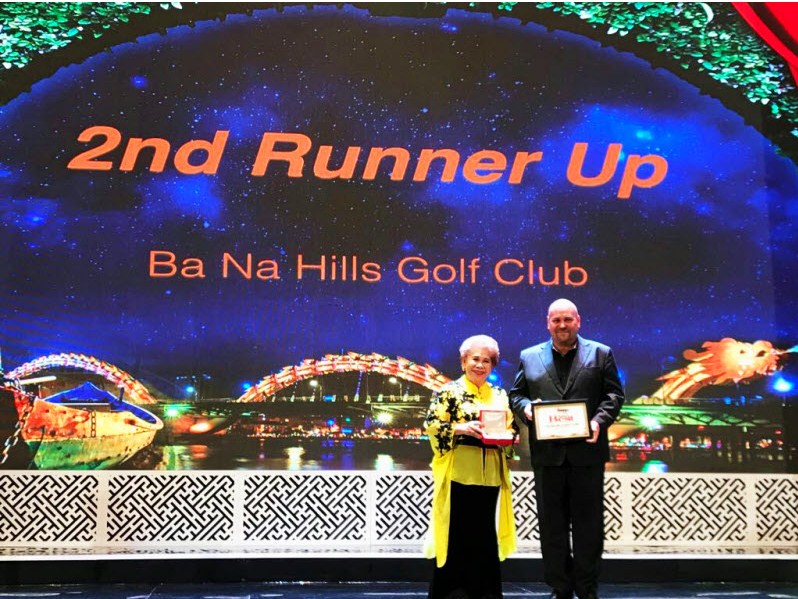 If the 18th Asian Golf Awards was a round of golf, it would have been a near-perfect one for Vietnam.

Not only did the country — and Danang, in particular — host the prestigious event for the first time ever last Thursday night (Nov. 16), representatives of its golf industry wore a path to the winner’s circle.

“What a night, and what a month,” said Tim Haddon, general manager of Ba Na Hills GC, which also earned ‘Vietnam’s Best New Golf Course 2016-2017’ at the Vietnam Golf Awards on Oct. 31. “For us, these accolades are testaments to the hard work and dedication that our team puts into making our guests happy and excited to come back again and again.”

The Asian Golf Awards, which is billed as the regional golf industry’s equivalent of the Oscars, was the final act of the 11th Asia Pacific Golf Summit (APGS), a three-day conference that attracts golf business leaders from all around the world.

Indeed, representatives of high-profile brands such as Nicklaus Companies, PXG and Topgolf gave keynote speeches at the forum, which took place at the new Sheraton Danang Resort, the same hotel where world leaders gathered the previous week for APEC.

Most of the Asian Golf Awards winners are determined by an online survey conducted over a three-month period, beginning in May. Others are selected based on contributions or achievements deemed worthy of acknowledgment by the program’s owner and producer, Asia Pacific Golf Group.

This year, 100,024 votes were cast covering 51 categories — all-time records for the Asian Golf Awards, the only continent-wide poll of the golf industry in Asia.

The evening was also a celebration of sorts for IMG, which co-designed and built Ba Na Hills and Montgomerie Links. IMG operates Ba Na Hills, as well.